An extract from macOS Sierra in easy steps

Handoff is one of the key features of Continuity and it displays icons of items that you have opened on other devices, such as Safari web pages. Handoff does not work with all devices; it only works if both devices have OS X Yosemite or later, and iOS 8 or later, for mobile devices.

To use Handoff you will need to do the following:

To check if your Mac supports Handoff:

Step 1
Select Apple Menu > About This Mac > System Report. Click on Bluetooth to see if Handoff is supported

Step 4
When Handoff is activated, compatible apps will be displayed at the left-hand side of the Dock when they have been opened on another device

If Handoff is not working, try turning both devices off and on and do the same with Bluetooth. Also, try logging out, and then back in, to your iCloud account on both devices. 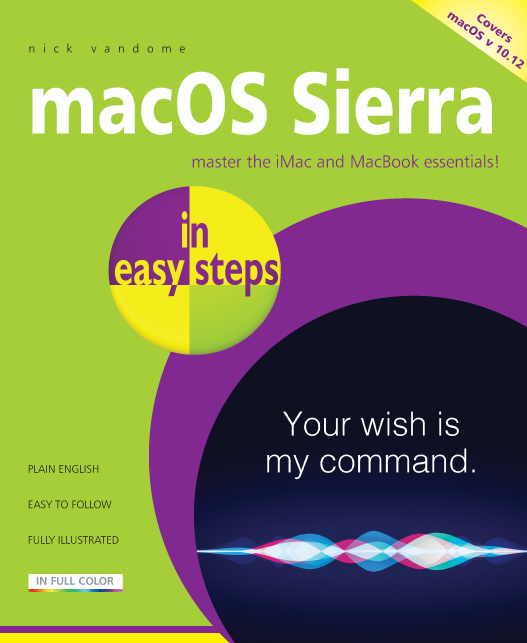 For the complete macOS Sierra guide, all in the trusted In Easy Steps style, click here. In full-colour and straightforward, jargon-free language, macOS Sierra in easy steps covers the essentials of the operating system that runs the stylish Mac desktop and laptop computers. This primer will get you up and running with your Mac in no time.