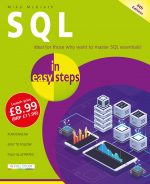 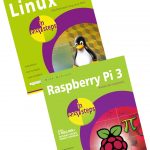 See below for details about each book:

Linux has become an increasingly popular alternative to the Windows operating system. The reasons for its growing appeal are manifold: Linux is an extremely stable operating system that serves as a platform for an ever-growing number of quality applications; it has become more user-friendly with each version released; and perhaps best of all… it's free!

Linux in easy steps, 6th edition explains the Linux environment and how to get more out of this popular free operating system.

It starts by showing how to download, install and customize Linux, guides you around the Desktop, and then introduces many great apps, including:

This guide even shows how to use the powerful Linux shell to communicate directly with the kernel at the very heart of Linux for total control.

View or download Table of Contents and first chapter - FREE!