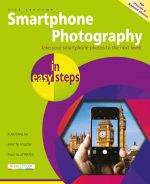 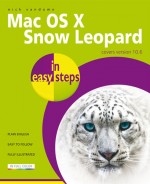 With Mac OS X Snow Leopard in easy steps, you'll be able to unleash this powerful operating system and have it up and running in no time. In clear, accessible language, the book introduces you to the OS X environment and teaches you about the user interface. With these basics mastered, this full-color, fully illustrated guide opens the gateway to the foundations of Snow Leopard: the Dock and the Finder. The book also covers innovative features such as the invaluable backup program, Time Machine, the organizational tool, Spaces, and Covers.

But the real difference in Snow Leopard is in its core technologies: things that you may never see but that are vital to the operation of your OS and your Mac. Snow Leopard is more steamlined so it frees up more disc space for your valuable files and applications. It also has the facility for exceptional amounts of RAM (the memory that keeps your computer operating smoothly).

With the growing popularity of Mac computers the time has never been better to introduce the power of OS X Snow Leopard into your computing life: once you have done it you will be the proud owner of the most state of the art operating system on the market.