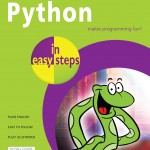 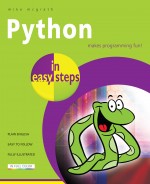 Teaches you to program in the powerful Python language – the language used to program the Raspberry Pi. Create your own executable programs by copying the book's examples.

A newer version of this book is available: Python in easy steps, 2nd edition (covers Python 3.7).

Python in easy steps begins by explaining how to install the free Python interpreter so you can quickly begin to create your own executable programs by copying the book's examples. It demonstrates all the Python language basics before moving on to provide examples of Object Oriented Programming (OOP) and CGI scripting to handle web form data. The book concludes by demonstrating how you can use your acquired knowledge to create and deploy graphical windowed applications. 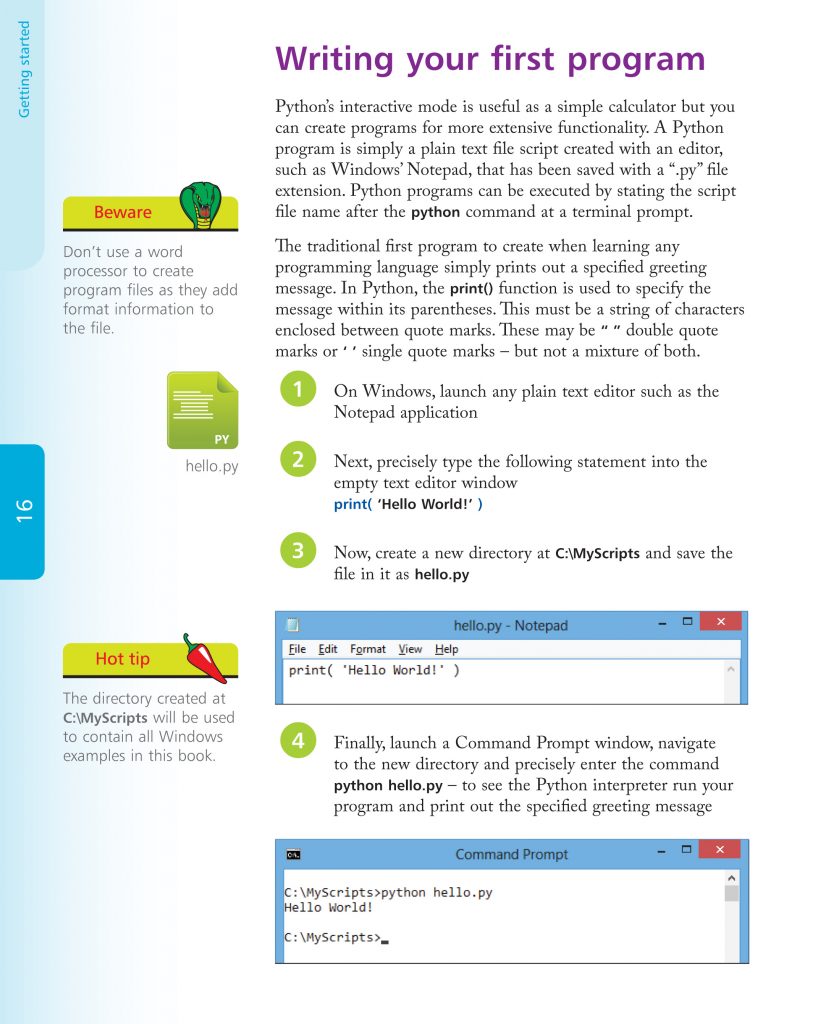 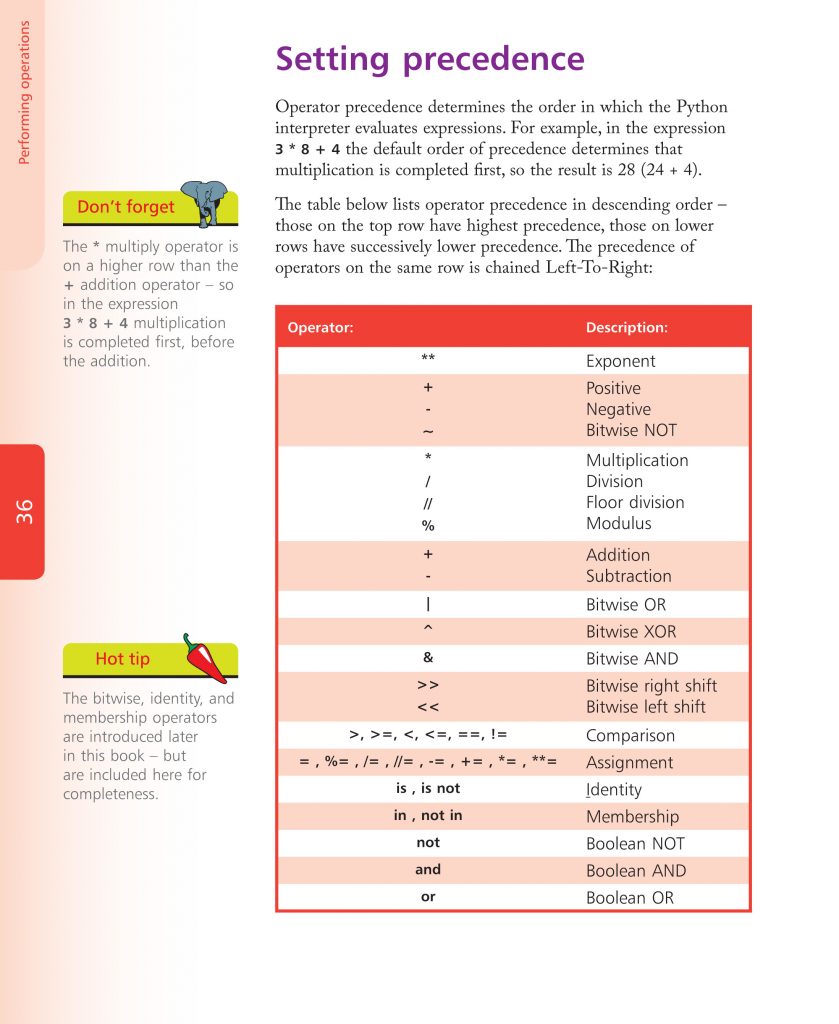 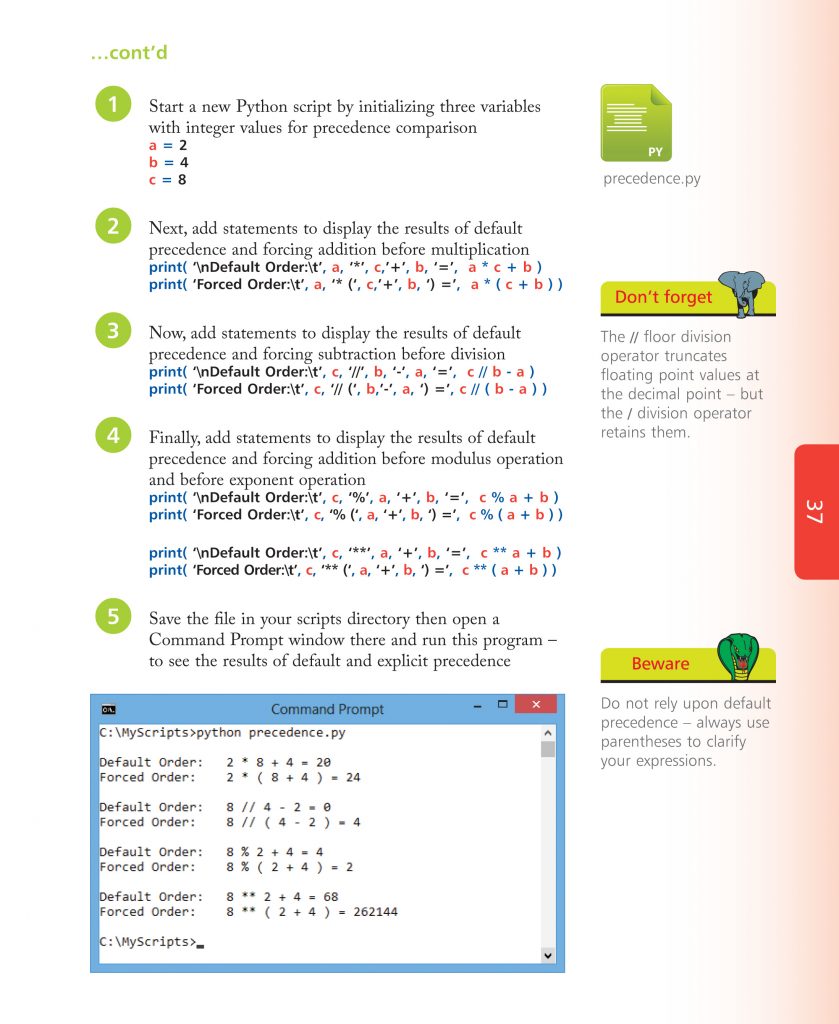 "A well written and engaging book. Definitely a recommended option for someone who wants to discover python. It covers most of the key aspects of the programming language and provides lots of examples. Just what a beginner needs!"     (from Amazon.co.uk)