Another newly released Twitter feature has hit the headlines this week, following previous reports of extending character-limits for photos and links. Unfortunately, it’s not the edit button that everyone so desires, but the ability to retweet your own tweets!

The retweet feature has previously only been functional for sharing content from other accounts, so your favourite comedians jokes can be shared to your followers, or an interesting news story can be passed on to those who might not see it, but now, you’ll be able to trawl back through your Twitter history and retweet those past gems which might not have got the attention they deserved.

By retweeting this tweet below on Tuesday (21st June), Twitter displayed the new addition available to all users. This opened up an understandable and long-remaining request in the Twittersphere though, that really, an edit button is the change at the top of most users’ lists. Although another step to increase engagement, usability and overall flexibility, it’s debatable whether this addition will actually be used or not. 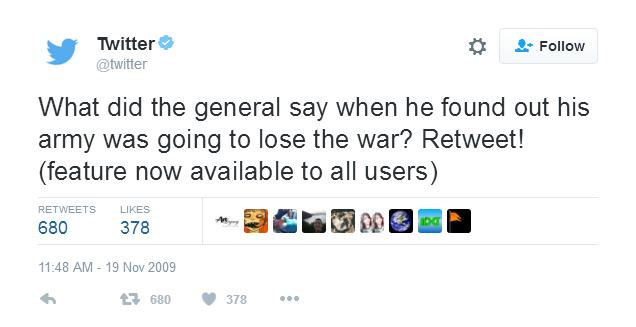