Learn C# language basics, including variables, arrays, logic, looping, methods, and classes, and how to install the Visual Studio Community Edition. Then move on to Object Oriented Programming – all in easy steps!

C# Programming in easy steps begins by explaining how to install the free Visual Studio Community Edition, to create an environment in which you can quickly begin to create your own executable programs by copying the book’s examples. It demonstrates all the C# language basics before moving on to provide examples of Object Oriented Programming. The book concludes by demonstrating how you can use your acquired knowledge to create graphic programs for traditional PC Desktop apps, and also as Universal apps for multiple devices. 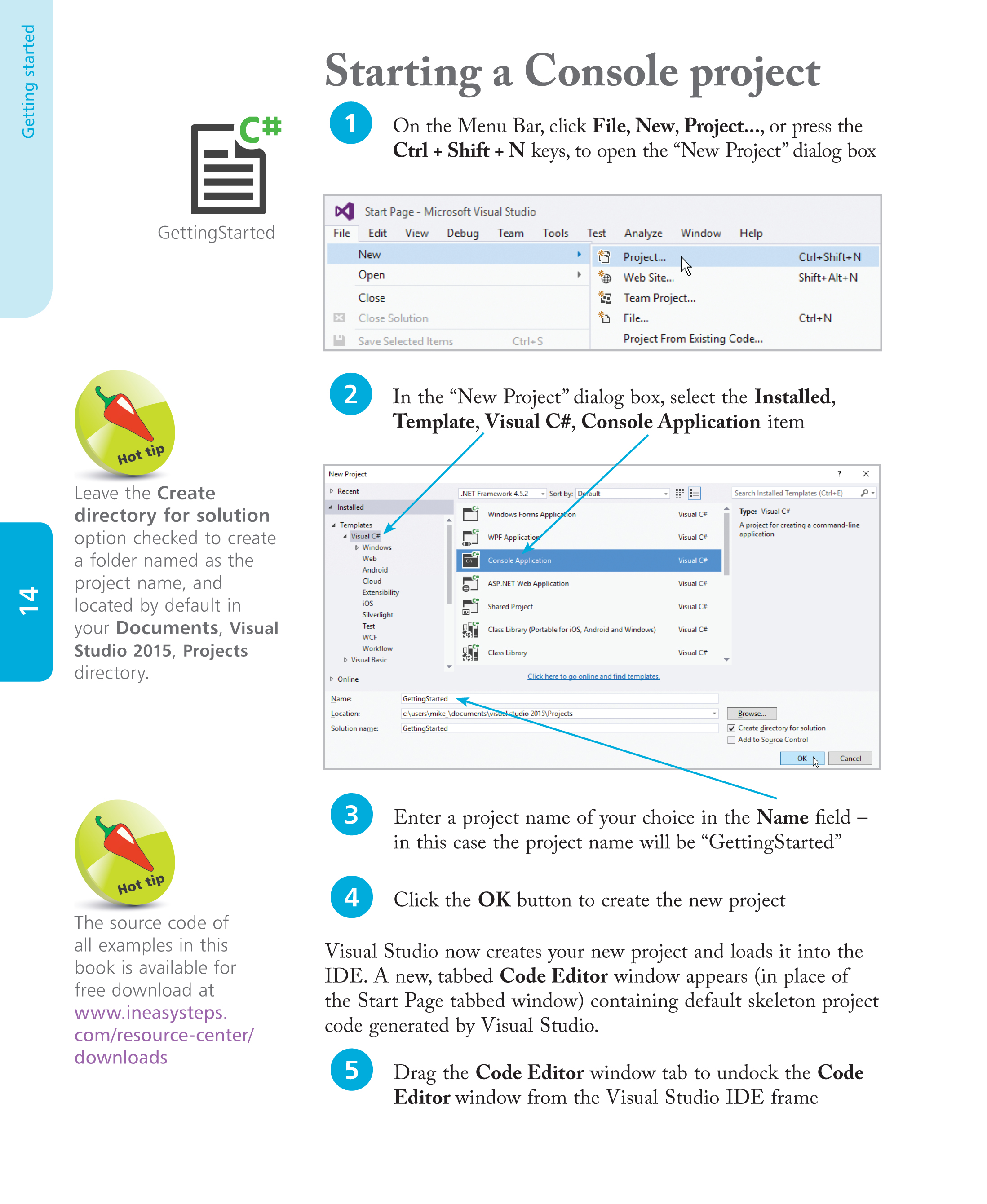 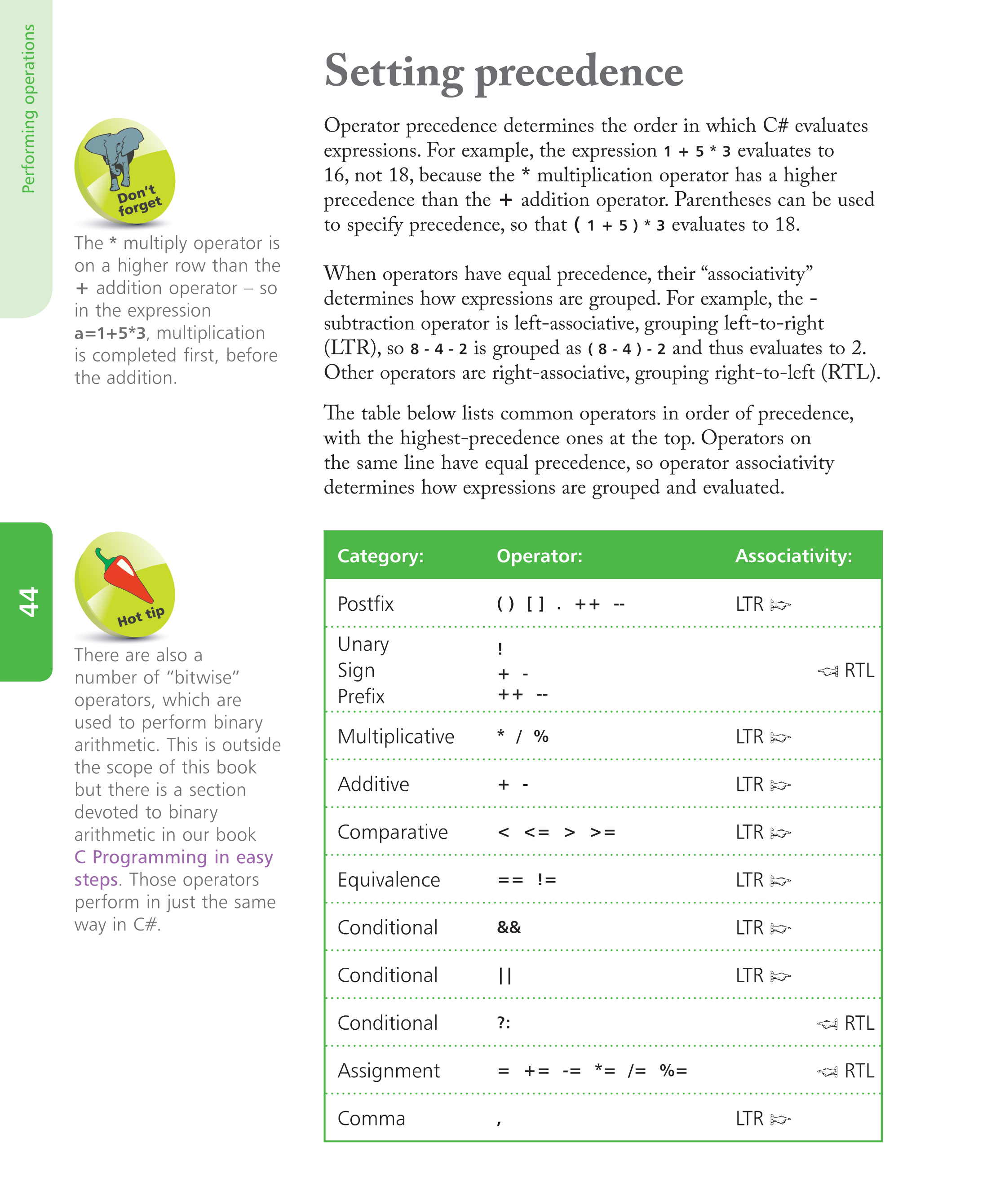 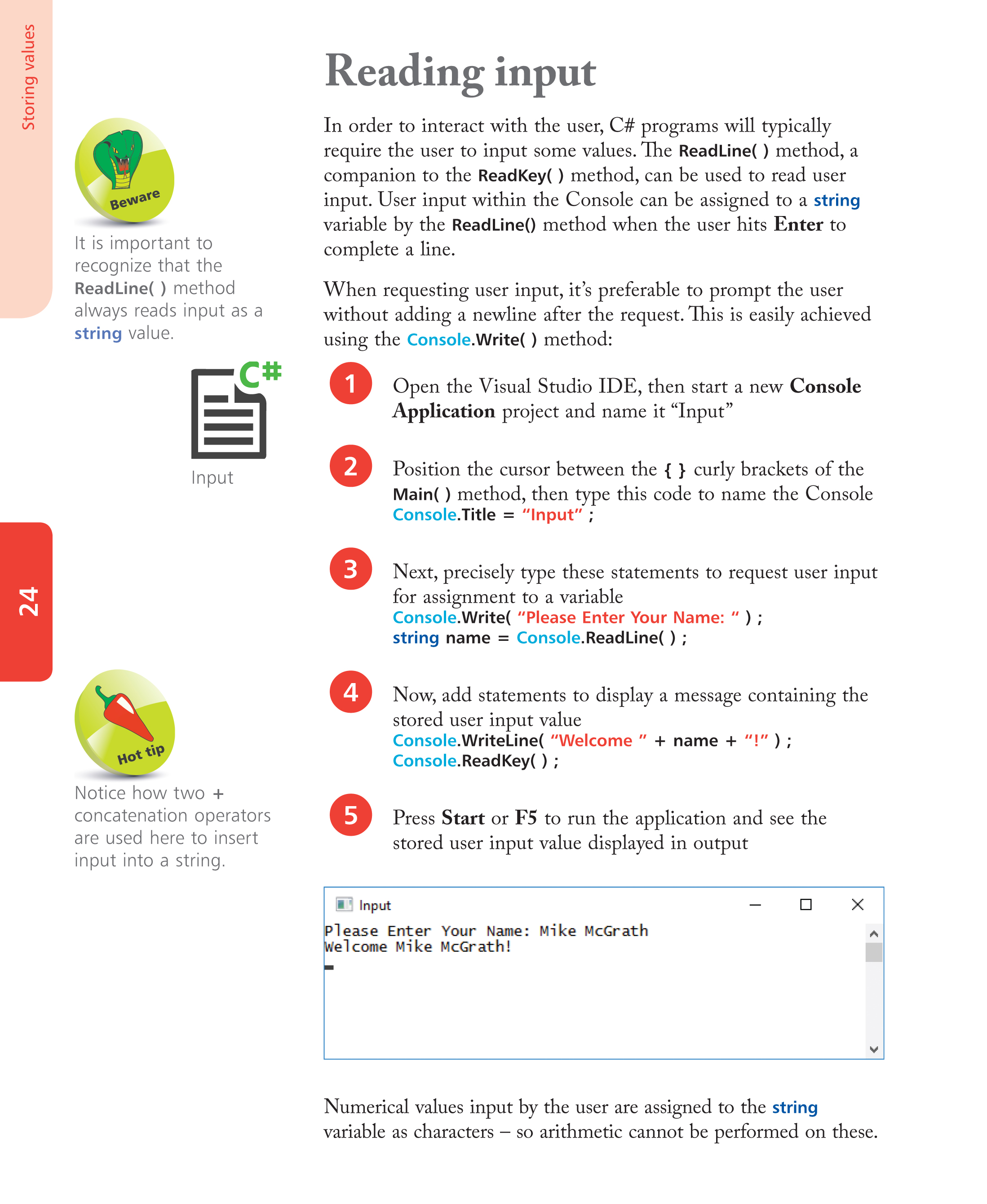 A great review from Kushiro Public University of Economics in Japan

The 2016 original print and 2017 reprint of this title covers Visual Studio 2015. However, since the book was published Visual Studio 2017 is now available, so we have updated the following pages and code examples (above) accordingly. Visual Studio 2017 targets a newer version of the .NET framework to that in Visual Studio 2015, which means readers will need to adjust the target for the appropriate .NET version to run the code.

Please note that the ebook (PDF) version for sale in our online shop has now been updated for Visual Studio 2017.