Unix in easy steps demonstrates how to get the most from any Unix-based operating system using the built-in BASH shell interpreter – the “Bourne Again SHell” (BASH). This is the default shell for Linux distributions (such as Ubuntu), Mac OS X, Solaris, and for the Raspbian operating system on Raspberry Pi devices.

This book will show you how to use the BASH command-line interface and how to employ BASH’s powerful programming abilities. Complete examples illustrate each aspect with colourised source code and full-colour screenshots depict the actual output.

This book then introduces BASH programming with examples of flow control, command switches, input/output, job control, and program debugging – allowing you to create your own executable programs by copying the book’s examples. 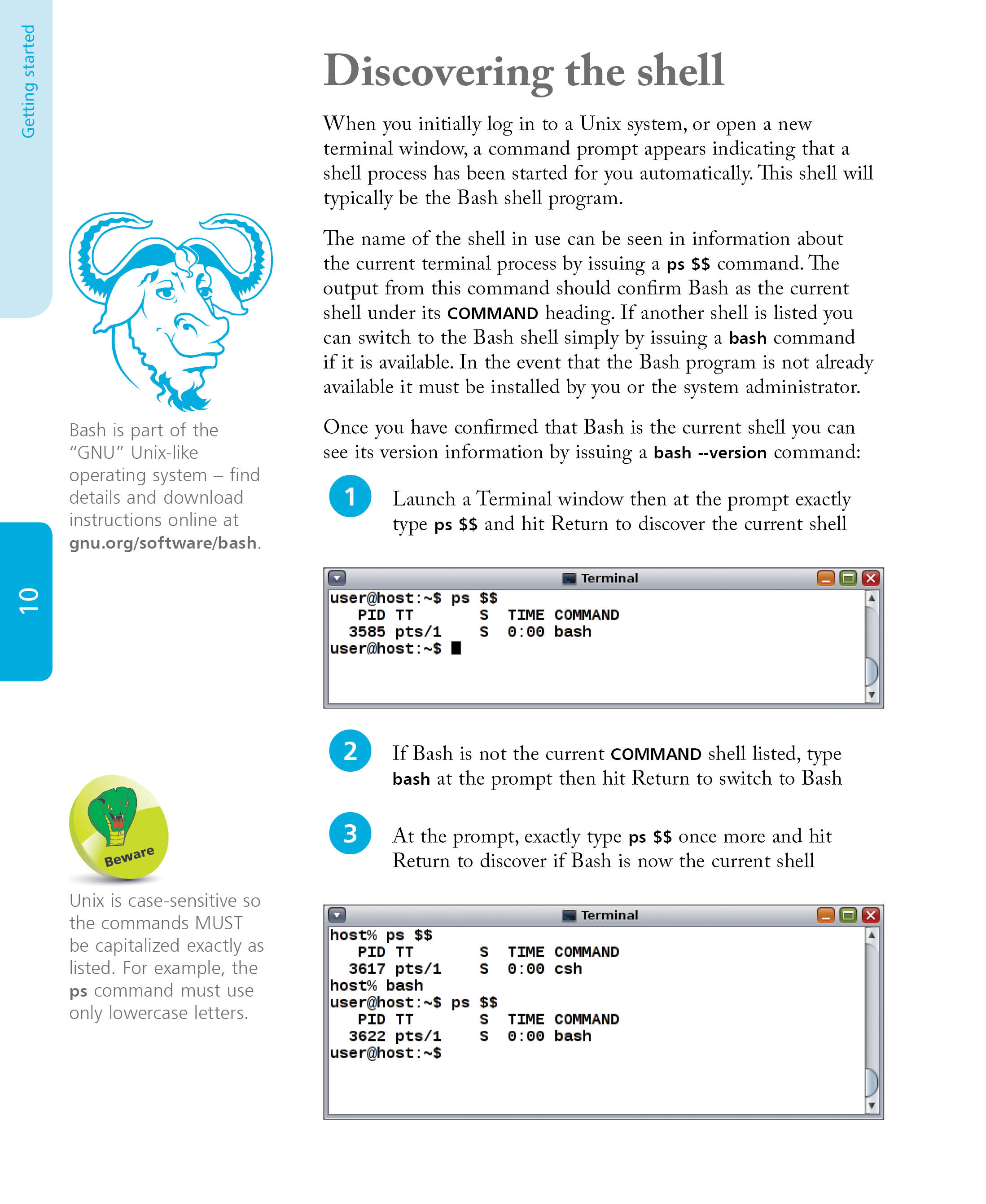 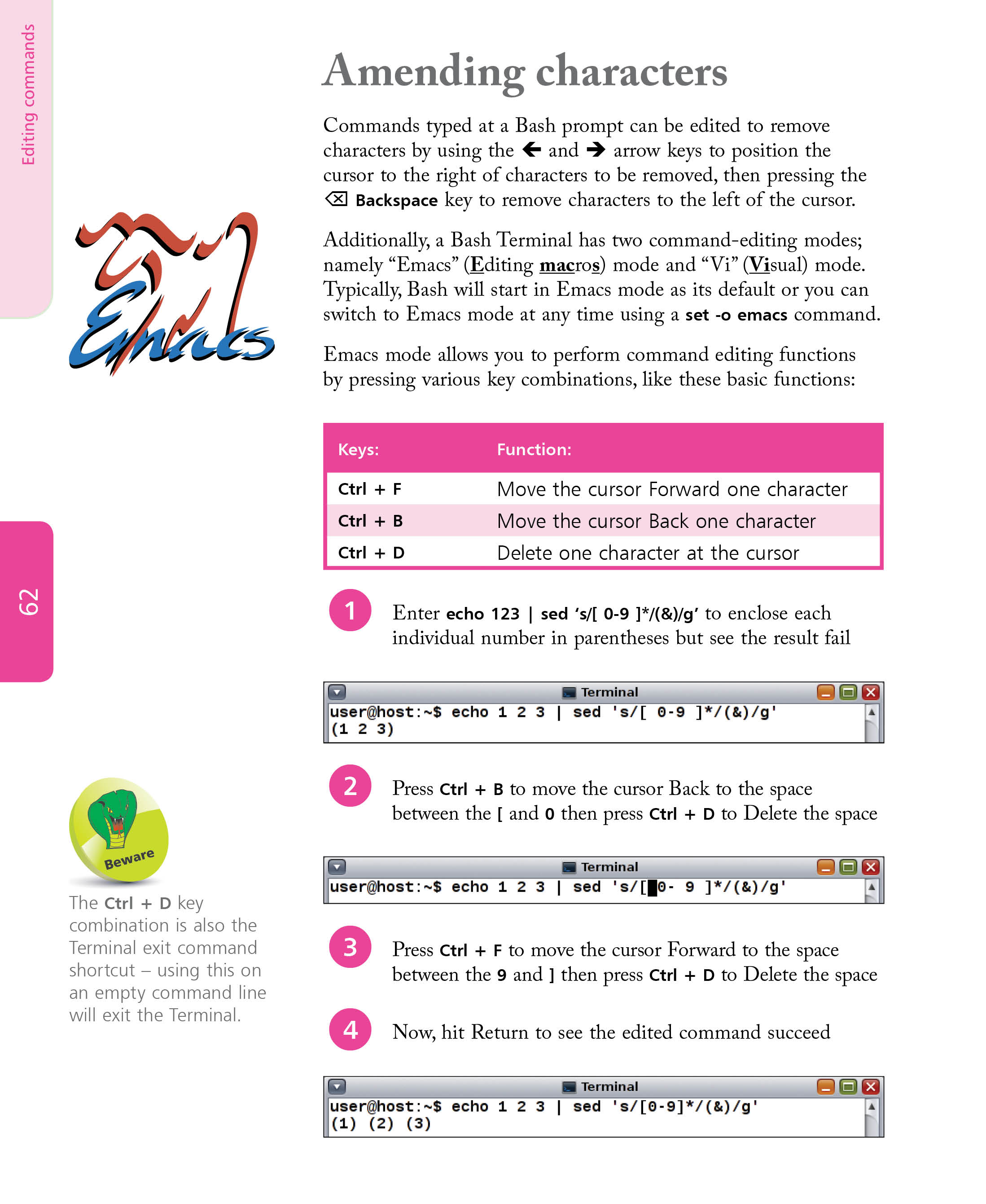 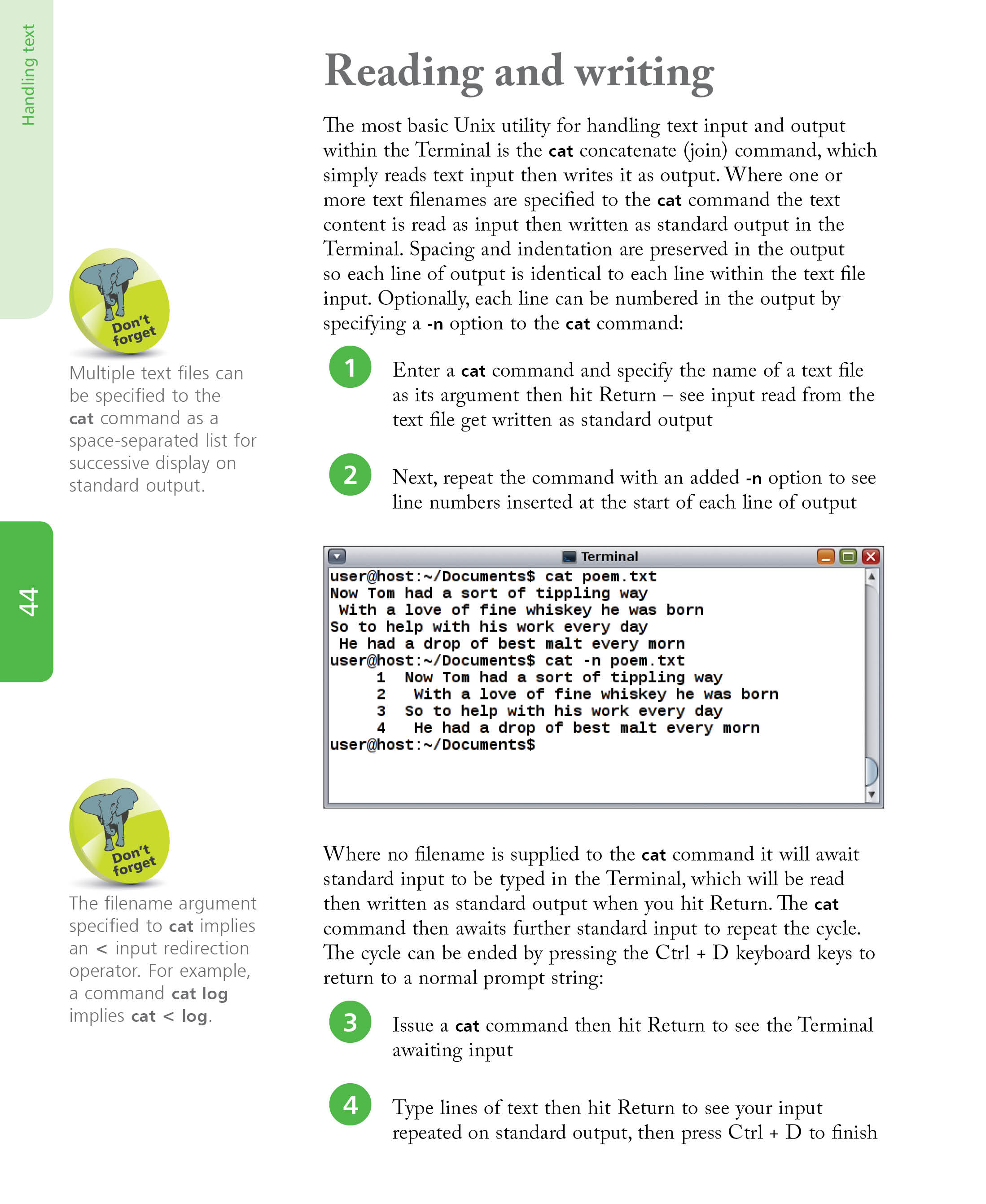 About the author
Mike McGrath now lives in South-east Europe, on the sun-kissed shores of the Aegean Sea. Mike gained his extensive knowledge of computer languages while working as a developer contracting to companies around the world. His interests include coins of ancient Greece, dining-out with friends, and the ongoing evolution of the world wide web.