View and download first chapter and Table of Contents – FREE!

Next, the book illustrates by example, how to build and deploy a complete Windows application. A chapter is devoted to scripting with Visual Basic. This first shows you how to create ‘macros’ for Word and Excel in Microsoft Office, using Visual Basic for Applications (VBA), then demonstrates how to manipulate files and data within the Windows operating system using VBScript. You will learn how to incorporate external data into your applications from text files, Excel spreadsheets, XML documents, live RSS web feeds, and SQL databases. 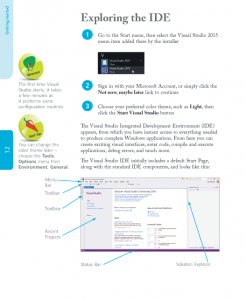 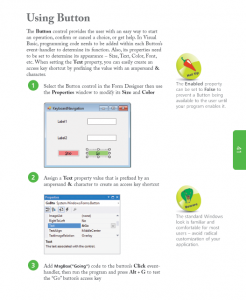