With the UK release of Star Wars: The Force Awakens in cinema’s today, we’ve rounded-up the best force-themed tricks to get involved in possibly the most anticipated event – and sequel – of the year!

First up, for those who unfortunately did not manage to get their hands on release-day tickets; Google’s Chrome extension, Force Block.
This nifty little add on with help warn you off any ‘spoiler alert’ content which could ruin your eventual viewing of the blockbuster title. Download and enable Force Block, and from there you can tailor the browser to filter any content you don’t want to see. You can even specify pages not to block, so even though this page features ‘Star Wars’ related content, you can rest assured you won’t miss out, or stumble upon any film related reveals! Formed using pattern matching logic, a recent update has added a ‘handful of instant-blocking keyphrases, sourced from people who have seen the film via early screenings’ so Google’s really pulled out all the stops to not ruin your own cinema experience.

Head to the Chrome Web Store for more information, and to add the extension to your Chrome page!

Other browsers are available, but be warned, you might stumble upon the dark side! 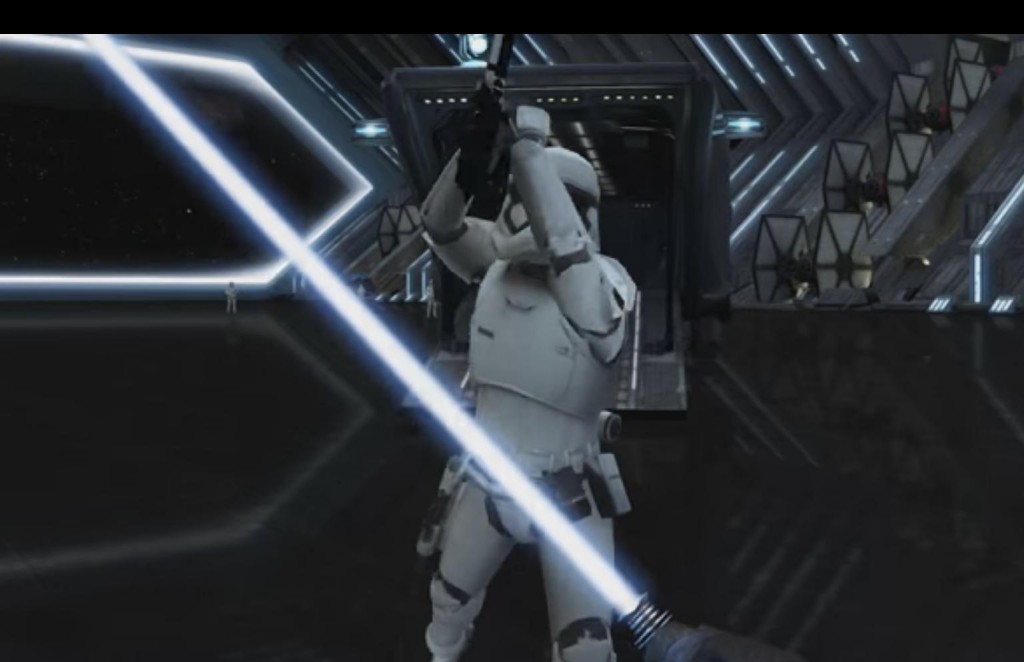 Another fun trick from Google, you can now turn your smartphone into a lightsaber in their desktop browser game! Get into the swing of things with the next best thing to a real lightsaber; a program which turns your smartphone into the ultimate weapon of choice, and defeat bad guys on your screen! Lightsaber Escape is up and running, just click the link to open in your desktop browser (yes, other browsers work too!), type in the unique URL on your phone (or vice versa) and you’re all set. Your phone becomes the handle, with a striking beam of neon ready for your Jedi moves.

From Google and Lucasfilm, as well as the Star Wars visual effects studio, Lightsaber Escape is a Chrome experiment using WebGL (3D Graphics) and WebRTC and WebSocket (real-time communication between devices). Beware though, there may be some issues with compatibility in handling the true awesome-ness of the Lightsaber, such as connection speed.

And finally, what seems to have become a regular occurrence on social media giant Facebook, you can now change your profile picture to support the Star Wars cause. There are two designs, a light side and a dark side (blue and red lightsabers, of course) which fit neatly on top of your existing photo – or another one of your choice. If you haven’t already seen the feature, just head over to Facebook and you’re sure to find a friend who has already chosen a side. Click their image and the ‘Use Frame’ button to follow the paths of new hero Finn, or the baddie you love to hate, Kylo Ren. Alternatively, go to the official Star Wars film Facebook page, click a character poster i.e. Finn or Kylo Ren and click ‘Try it’. The tool is easy to use, lets you preview the final image and you can set a timer for how long you want the effect to last. It’s like you’re right there in the film … almost.