From the live Apple event, the new iPhone SE 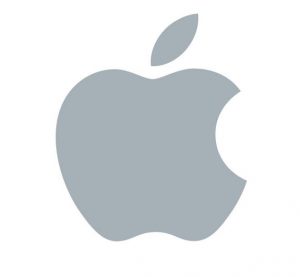 With more than 1 billion Apple devices in use, it’s no surprise that when rumors of future Apple tech releases surface, media buzz is somewhat frenzied. Today (21st March), Apple is holding a press event to unveil their new products, covering new iterations of their iconic smartphone, tablet and digital accessories.

You may have recently heard reports of a new Apple iPhone, the SE, a smaller-sized (but no doubt top-notch) smartphone predicted to measure approximately 4 inches. Combining the iPhone 6 and 6S tech, but with the handy dimensions of the iPhone 5, this phone is going to be on the top of the wishlists of many Apple fans, who simply can’t get their hands around the latest offerings. Also on the horizons could be a smaller iPad Pro, as well as a selection of Apple Watch wristbands.

Fresh from the Apple event, we’ve got the lowdown on the new Apple tech!

With 30 million 4 inch iPhones sold last year, this new smartphone could be your next favourite thing:

Design: Similar to the iPhone 5, the iPhone SE comes in all the usual colour designs (including Rose Gold), inset stainless steel logo and similar glass design as on previous iPhones.

Release date: 24th March for pre-order, available 31st March. Apple aims for the new iPhone SE to be available in 100 countries by the end of May

Interchangeable wristbands have been a desirable feature for almost as long as the Apple Watch has been available, so Apple’s ‘Spring Line-up’ contains new nylon woven bands, with four layer construction, in a variety of colours. There’s also a new colour for sport and leather bands and a space-black Milanese loop.

Also revealed at the event: