Most standard keyboards have one, or even two, Windows keys. These are situated near the space bar and have a logo of a flying window printed on them. The key is commonly known as the “WinKey”.

With either of these keys (most computer keyboards feature two Windows keys, for ease of use) you can quickly open a number of applications on your computer.

The table below shows which keys can be used in conjunction with the Windows key and what they do: 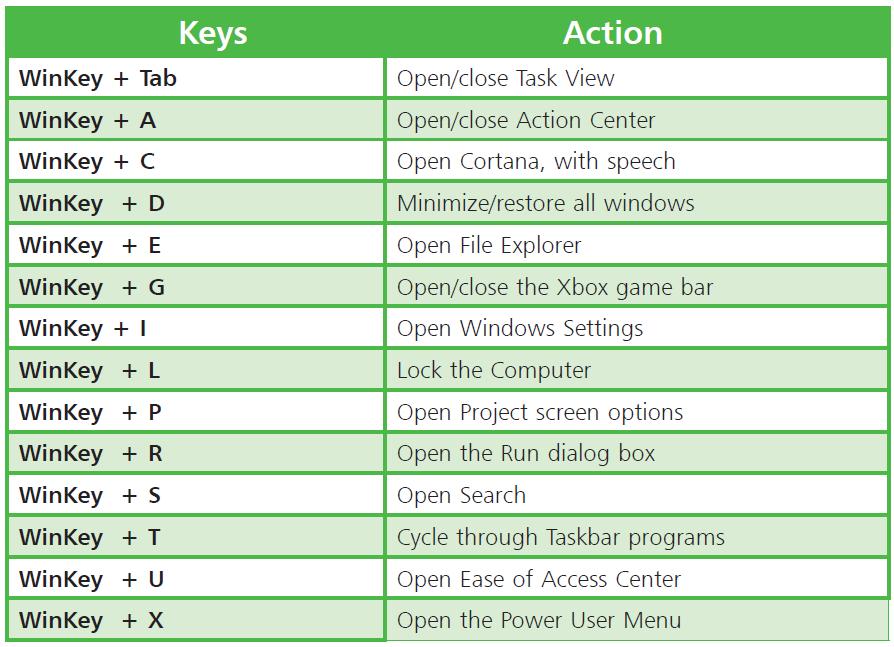 Keyboard shortcuts can also be found within applications. Alongside most menu commands, you will see shortcut key combinations.

The Xbox game bar (WinKey + G) is a new feature in Windows 10 that allows you to record game action and take screenshots of games.

For the complete guide to Windows 10, all in the trusted In Easy Steps style, click here. Whether you’re upgrading to Windows 10 from a previous version or using it for the very first time, Windows 10 Tips, Tricks and Shortcuts in easy steps will guide you through the key features so you’ll be a pro in no time at all!